The Growth Of A Republican Socialist Alternative Within The Republican Base

From The Newswire: The emergence of a number of independent republican candidates in this years northern council elections has highlighted a growing discontent within the traditional republican base vote which Sinn Fein could previously have taken for granted. 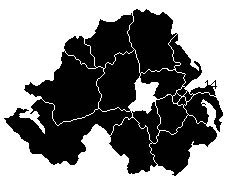 Although small in number, the fact that these independent candidates have emerged from within working class republican communities across the entire 6 counties, indicates that a growing number of republicans no longer feel that Sinn Fein articulate or represent their ideological beliefs, whether republican or socialist, and that this dissent exists across the entire occupied area.

It also appears that their decision to contest the elections and oppose Sinn Fein's stranglehold within the republican base has been spontaneous and not part of any organised electoral effort by any political grouping.

A number of republicans who recently left Sinn Fein on ideological grounds are prominent among those standing for the council seats. Sitting Newry and Mourne councillor Martin Cunningham recently parted company from Sinn Fein in a bitter dispute concerning republican prisoners.

Cunningham had highlighted the cases of a number of his neighbours who had been fitted up by the RUC with the active assistance of a British intelligence agent and the planting of forensic evidence by British soldiers. As a result of his support for these men, who were acquitted after their legal team uncovered what had happened within the corrupt policing system, Cunningham found himself on extremely poor terms with the Adams leadership .

Martin Cunningham had also raised concerns internally about the direction the party had taken, primarily its acceptance of the GFA and Stormont. Unsurprisingly this marked him as a "dissident" within the party structure, which he then parted company with on less than friendly terms. This has led to his criticism of the Adams leadership as being "stalinist" in its inability to tolerate internal party debate (which is virtually non-existent) .

Since then he has gone on to highlight the cases of others who were stitched up as well as lending his voice to calls for the reintroduction of political status for jailed republican activists which was abolished under the GFA . He is also prominent in highlighting the hardships faced by small farmers in his rural South Down constituency.

Just recently Cllr. Cunningham found himself on the recieving end of a bitter and personalised smear campaign organised by Sinn Fein following his expression of personal support for the sisters of murdered Belfast man Robert McCartney .

Attending a meeting of Newry and Mourne council soon after meeting them in Belfast, he was barracked and loudly heckled by Sinn Fein councillors, his former colleagues. The Sinn Fein councillors branded him an "informer" due to his public support for the sisters. Posters also accusing him of being an informer were distributed throughout the council chamber, posted on walls and distributed on every seat.

In an ironic twist it has just recently emerged that the leader of the heckling councillors , Sinn Féin's Conor Murphy, was himself secretly meeting with senior PSNI/RUC figures behind closed doors during that very period. So far none of his colleagues have branded him an informer, despite the fact he was meeting the crown forces in secret .

Also standing in Antrim Town are Aine Gribbon and Tish Murray, two former Sinn Fein members and prominent activists within the Rathenraw community, which was the focus of a bitter dispute last year. Antrim Town's local Sinn Fein cumann resigned en masse after accusing the Sinn Fein leadership of being linked to criminality and corruption as well as abandoning the republican position of rejection of British rule in Ireland.

The local Rathenraw Tenant's Association, of which both women were prominent members had transformed an area which was once a byword for drugs and anti-social behaviour which families were desperate to leave, into a community / family orientated estate which people actually wanted to move into.

The dispute, which originally centred round certain leading provisionals' support for the family of a major drug dealer who had moved into the estate, came to a head when the local Sinn Fein cumann resigned virtually en masse.

The leadership response to the mass resignation was to bus in 100's of heavies from Belfast (among them the murderers of Robert McCartney), who then patrolled the area in mobs, harassing and threatening the residents of the nationalist housing estate in a bid to silence them. It was reported at the time, that among those threatened with death by the provisionals was an 8 months pregnant woman and a former political prisoner.

Both mothers and those who took a stand with them made clear they would not be intimidated or silenced. They are now standing on a republican platform of allegiance to the principles of Irelands' Declaration of Independence, and in support of their local community which is being victimised and harassed by the PSNI and the local unionist controlled council. Among the issues they are highlighting is the targetting and monitoring of nationalist homes by CCTV cameras that the unionist council have placed there with the PSNI.

Perhaps what is most telling about the Antrim situation is that both sitting Sinn Fein councillors, including the high profile Martin Meehan, will not be seeking re-election following the provo leadership's failed attempt to intimidate the republicans of Antrim. Their position has simply become untenable and 2 new "weak" candidates have been put forward instead.

In North Antrim well known local activist Bertie Shaw is standing as an independent republican in the loyalist stronghold of Larne. Both he and his family have been the frequent targets of attacks by loyalist death squads as well as harassment by crown forces. In the early 90's his father was murdered by loyalists and both himself and family members have been injured and survived a number of murder bids.

Another prominent candidate standing in Armagh City is former blanketman and H Block hungerstriker John Nixon. A commited socialist and former INLA POW, Nixon is widely respected in his local area and articulates a clear left wing viewpoint which has been sadly lacking of late within Sinn Fein.

Finally, a hard fought battle is expected in Derry city as local republican Gary Donnelly takes a stand in the cityside ward which encompasses the Creggan and Bogside . Well known locally as a republican activist with a hardline, uncompromising position towards British rule, Mr Donnelly is actively highlighting local job discrimination, pointing to the fact that funding for local community employment is virtually confined to members of Sinn Fein as "jobs for the boys". This is contrary to everything the people of Derry fought for when they demanded their rights. Employment should not be the preserve of a political clique on Derry city council.

Donnelly is also utterly opposed to the PSNI and any participation on local DPPs, which Sinn Fein are expected to fully endorse once the elections are over. Perhaps one of the biggest obstacles facing Gary Donnelly is the fact that prior to his decision to run as a candidate many Derry republicans. who would instinctively vote for him him as an alternative to Sinn Fein. have previously refused to register for a vote in order to prevent it being stolen. There has since been a frantic scramble by many in the cityside ward to get themselves registered following his decision to run .

However what is most important about these candidates standing is not whether they are successful in being elected, but the fact that they are highlighting republican and socialist issues within the republican base that Sinn Fein are either ignoring completely or to which they are simply paying lip service. They represent the forgotten constituency: the republicans and radicals who have decided that the Sinn Fein leadership has gone down a path which is contrary to their convictions and for whatever reason no longer represents them. It now seems that this constituency is larger and more widespread than many had assumed, simply due to the fact it had been successfully kept out of sight . Whether it continues to grow and to organise itself remains to be seen, but how well these candidates perform will be an interesting diversion from the tug of war within the constitutional nationalist establishment of Sinn Fein and the SDLP .

http://www.indymedia.ie/article/69501
Indymedia Ireland is a media collective. We are independent volunteer citizen journalists producing and distributing the authentic voices of the people. Indymedia Ireland is an open news project where anyone can post their own news, comment, videos or photos about Ireland or related matters.