Apple agreed a tax rate of 2% or less with the Irish Govt. Some years they only paid 0.05% tax 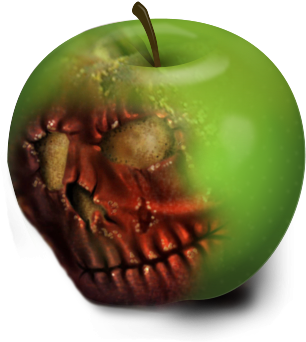 Apple claim to have negotiated an agreement with the Irish government whereby they paid 2% tax or less. In this time of deep austerity, it's time to kick out these US tax dodgers and instead focus on giving support to indigenous small businesses.

On May 21, 2013, the Permanent Subcommittee on Investigations (PSI) of the U.S.
Senate Homeland Security and Government Affairs Committee held a hearing on how individual andcorporate taxpayers are shifting billions of dollars offshore to avoid U.S. taxes. The hearing examined how Apple Inc., a U.S. multinational corporation, has used a variety of offshore structures, arrangements, and transactions to shift billions of dollars in profits away from the United States and into Ireland, where Apple has negotiated a special corporate tax rate of less than two percent.

The report which they discussed is attached to this article. It makes for some very interesting reading. Below I have taken some quotes from it to give you the basic idea of what's going on and why we need to do something about this. For too long we have ignored small business in favour of this model of supporting large corporations who funnel huge amounts of money through our economy, while employing relatively few people and paying virtually no tax. This in turn severely distorts our GDP figure and helps the government in it's lies about the economy. It's time we made them pay their share or get out, and, instead of relying on these tax criminals, gave our support to indigenous small business which is a far more sustainable model in the long term and doesn't leave us as open to blackmail or corruption of our government officials. Because you can be absolutely sure there is some serious lobbying involved here in allowing something so lucrative to continue this long.

Apple have several subsidiaries in Ireland. ASI ADI AOI AOE.
By a series of intricate transfers of intellectual property and carefully orchestrating which arm takes responsibility for each of it's business activities, the net result is that Apple are paying as little as 0.05% tax in Ireland.

The following quote gives the idea of their function and how these subsidiaries fit together:

"These offshore affiliates enable Apple Inc. to keep
the lions share of its worldwide sales revenues out of the United States and instead shift that
sales income to Ireland, where Apple enjoys an unusually low tax rate and affiliates allegedly
with no tax residency.

The key roles played by ASI and AOE stem from the fact they are parties to a research
and development cost-sharing agreement with Apple Inc., which also gives them joint ownership
of the economic rights to Apples intellectual property offshore. As of 2012, AOE had about
400 employees and conducted a small amount of manufacturing in Cork, Ireland involving a line
of specialty computers for sale in Europe. Also as of 2012, ASI moved from zero to about
250 employees who manage Apples other manufacturing activities as well as its product-line
sales. As part of its duties, ASI contracted with Apples third-party manufacturer in China to
assemble Apple products and acted as the initial buyer of those finished goods. ASI then re-sold
the finished products to ADI for sales in Europe, the Middle East, Africa, and India; and to
Apple Singapore for sales in Asia and the Pacific region."

Since its inception more than thirty years earlier, AOI has not had any employees in Ireland.
ADI has one employee in Ireland, Cathy Kearney: 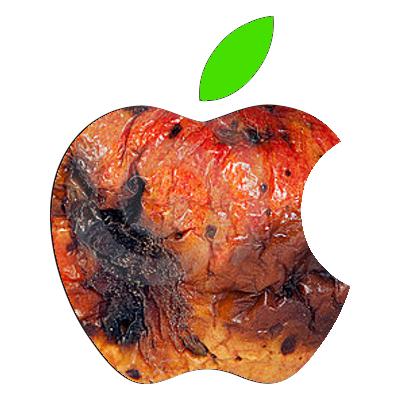 "While AOI shares the same mailing address as several
other Apple affiliates in Cork, Ireland, AOI has no physical presence at that or any other
address. Since its inception more than thirty years earlier, AOI has not had any employees.
Instead, three individuals serve as AOIs directors and sole officer, while working for other
Apple companies. Those individuals currently consist of two Apple Inc. employees, Gene
Levoff and Gary Wipfler, who reside in California and serve as directors on numerous other
boards of Apple offshore affiliates, and one ADI employee, Cathy Kearney, who resides in
Ireland. Mr. Levoff also serves as AOIs sole officer."

ASI employs 250 people in Cork which used to work for AOE:

"ASI is a subsidiary of Apple Operations Europe (AOE) which is, in turn, a subsidiary of
AOI. Prior to 2012, like AOI, ASI operated without any employees and carried out its
activities through a U.S.-based Board of Directors. Also like AOI, the majority of ASIs
directors were Apple Inc. employees residing in California. Of 33 ASI board meetings from
May 2006 to March 2012, all 33 took place in Cupertino, California. In 2012, as a result of
Apples restructuring of its Irish subsidiaries, ASI was assigned 250 employees who used to
work for its parent, AOE. Despite acquiring those new employees, ASI maintains that its
management and control is located outside of Ireland and continues to claim it has no tax
residency in either Ireland or the United States. "

some of the most damning facts in the report are in these 2 paragraphs:

"Apple told the Subcommittee that it had obtained this special rate through negotiations with the
Irish government. According to Apple, for the last ten years, this special corporate income tax
rate has been 2 percent or less:

Other information provided by Apple indicates that the Irish tax rate assessed on Apple
affiliates has recently been substantially below 2%. For example, Apple told the Subcommittee
that, for the three year period from 2009 to 2011, ASI paid an Irish corporate income tax rate that
was consistently below far below 1% and, in 2011, was as low as five-hundreds of one percent
(0.05%): "

But Apple may be the company that, while not benefitting the Irish exchequer very much, may cause all the rules to change for US multinationals based in Ireland. There is a hint here in the end of the report:

"Apples ability to pass title to the goods it sells around the world through Ireland resulted in 84% of Apples non-U.S. operating income being booked in ASI.This left very small earnings, and correspondingly
small tax liabilities, in countries around the world. In 2011, for example, only $155 million in
earnings before taxes were recorded in Apples UK affiliates. Apple also had no tax liability in
its French and German retail affiliates that same year. Through this foreign profit shifting, Apple
is able to reduce its foreign tax rate to below 2%.The ability to pay taxes of less than 2% on
all of Apples offshore income gives the company a powerful financial incentive to engage in
convoluted tax planning to avoid paying U.S. taxes. Congress can change those incentives by
closing offshore tax loopholes and strengthening U.S. tax law. "

You can read the full report for yourself here:

http://www.indymedia.ie/article/103669
Indymedia Ireland is a media collective. We are independent volunteer citizen journalists producing and distributing the authentic voices of the people. Indymedia Ireland is an open news project where anyone can post their own news, comment, videos or photos about Ireland or related matters.